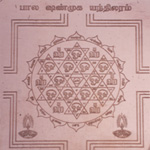 Kartikeya is also known as Subramaniam, Skanda, Guha, Shadannana or Shanmukha (because he has six faces). He represents a person of perfection. He is the war God, the Hindu equivalent of Mars and Aries. He was created by all the Gods to lead the heavenly hosts and destroy the demons. He is the most masculine and fierce of all the Gods. As per the Legend he was born of the six rays of light that emerged from the third eye of Lord Shiva. The six rays fell on the forest of reed grass and was carried to the Ganges by Vayu and Agni which turned to six beautiful babies on six lotus flowers. The six babies were united into one with six faces and twelve hands when Parvati held them in her arms. His avatar was to put an end to Soorapadman's cruelty. While Ganesh removes all obstacles, Skanda bestows all spiritual powers, particularly the power of knowledge. He is worshiped for all problems related to Mars, especially Mangala dosha or Kuja dosha.

The story of Lord Kartikeya's birth is given in Kumar Sambhavam. Sati, the consort of Shiva immolated herself at the site of the Daksha Yagna, which was later destroyed by Shiva. Sati was reborn as Uma, or Parvati the daughter of the mountain king Himavaan (the Himalayas). Shiva withdrew himself from the universe and engaged himself in yogic meditation in the Himalayas.In the meanwhile, the demon Surapadma ravaged the earth and tormented its beings. It was realized by the gods that only the son born of Shiva and Parvati could lead the gods to victory over Tarakaasuran, Surapadman and their demon companions. They plotted with Kaama, the lord of desire, to shoot a flower arrow at Shiva, as he sat in meditation, so as to make him fall in love with Parvati. When Kaama aimed his arrow at Shiva, he opened his third eye and burned him to ashes instantly. Upon hearing the pleas of Kama's wife Rati, he brought back Kama to life, in flesh and blood for her sake, and in a formless state for others.

His penance disturbed, Shiva fell in love with Parvathi. However, the sparks of the fiery seed of Shiva were unbearable; even the fire God Agni could not bear them; this fire was then transported by the river Ganga into the Sara Vana forest, where Sara Vana Bhava (Kartikeya) was born. He was raised by the six Kartika damsels. Parvati combined these six babies into one with six faces, ie. Shanmukha.

You can keep this yantra at your office or altar place and do the pooja. You have to chant this mantra for 21/108 times and with the energy of chanting you would be blessed with the positive energy of Bala Shanmuka Yantra.