Pondicherry is a living monument of French culture in India. The town was once upon a time, an abode of scholars well versed in the Vedas. Joseph François Dupleix became the Governor of this French Territory in India. Internal disturbances in Puducherry gave the British, the opportunity to gain control. However, after the Treaty of Paris, the British restored the settlements to the French. 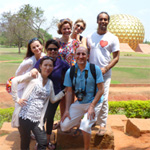 French Influence - The design of the city was based on the French grid pattern. (Originally Dutch, the plans of Pondicherry dating from the end of the seventeenth century are preserved in the National Archives at The Hague). The city has many colonial buildings, churches, temples and statues, which, combined with the systematic town planning and the well planned French style avenues, still preserve much of the colonial ambience. Beaches in Puducherry are Promenade Beach, Paradise Beach, The Auroville Beach and Serenity Beach. Sri Aurobindo Ashram is one of the best-known and wealthiest ashrams in India. Auroville is meant to be a universal town where men and women of all countries are able to live in peace and progressive harmony, above any creed, politics and nationalities. The heritage buildings and monuments present around the Promenade beach are the Children's Park & Dupleix Statue, Gandhi statue, Nehru Statue, Le Cafe, French War Memorial, 19th Century Light House, Bharathi Park, Governor's Palace, Romain Rolland Library, Legislative Assembly, Puducherry Museum and the French Institute of Pondicherry. 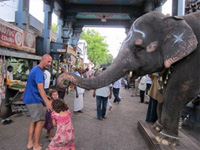 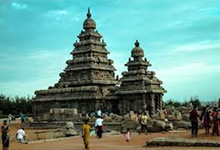 Mahabalipuram - The rock carvings at Mahabalipuram are notable for the delightful freshness and simplicity of their folk art origins. It is one of the world famous monument sites of the country and is classified as a UNESCO World Heritage Site. The mandapa or pavilions and the rathas or shrines shaped as temple chariots are hewn from a granite rock face, while the famed Shore Temple, erected half a century later, was built from dressed stone. The Shore Temple in particular, strikes a very romantic theme and is one of the most photographed monuments in India now ravaged by wind and sea. Five Rathas - The five rathas are sculptured temples in the style of chariots and carved from solid rock. Krishna Mandapam - It features carvings of a pastoral scene. 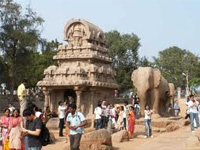 Arjuna's Penance - Carved in relief, on the face of a huge rock, it is a giant open relief - sculpture on a massive scale, extolling an episode from the Hindu epic. The other monuments are Ganesh Ratha, Mahishamardhini Mandapam & Olakkaneswvara Temple, Dharmaraja Mandap and Varaha Cave Temple. Thirukadalmallai - This temple was also built by a Pallava King in order to safeguard the sculptures from the ocean. It is said that after building this temple, the remaining architecture was preserved and not corroded by the sea.