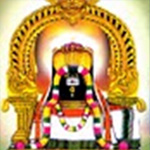 People are often burdened by debit. Mainly one runs bad period debit burden become inevitable. Everyone wants a remedy to get rid of debt. Markandeya is also called as Runavimochaneswarar Worshiping the lord here is said to be very beneficial for people who want to be debt free.

Debt includes financial debts and not limited to it. Every human being is born with three types of debts. They are Deva rina (debt to God), Rishi rina (debt to Sages or Rishis) and Pitru rina (debt to ones ancestors).If a man does not repay their debts clears off his debt to God by performing poojas, visiting temples. The second set of debts i.e. debt to Rishis can be repaid by following and adhering to the Code of Conduct laid down by the Rishis. If a man does not repay these debts in his life time he/ she will have another birth to repay. There is no escape from repaying these debts.

A man can repay his debt to the Rishis. Pitru Rina is repaid by performing Shrardham to ones ancestors and performing ones duty to his/her parents. It is believed that on Tamil month of Masi (Feb 15to March 15)sun rays fall directly on Lord Shiva and that Lord Sun (Surya) comes down here to worship the Lord on these days.

To clear all the debts one has to worship this lord. One has to visit 11 consecutive monday's to get rid of debits. As this is not practically possible one can register all names of family numbers for archana that will be performed for 11 Mondays. Abishegam for lord siva is done with 11 different materials.

After praying runa vimochaneswarar one has to pray mahalakshmi and jyestadevi to be debt free for rest of his life. Navagraga dosham is also said to be cured if one pray to the lord here.