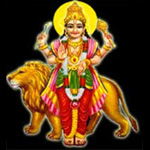 Mercury is the messenger between God and man. Mercury is referred to as Budh or Buddhi karaka. Mercury is the planet of intelligence and Mercury is adored for bestowment of blessings of good education, business, sharp intellect, and pleasing appearance and also to keep off from heat-induced ailments, general debility and depressions. Mercury in Vedic astrology is known as BUDHA, the awakened discriminating intellect and the part of us that knows. Mercury is benefice if associated with benefice grahas, and malefic is associated with malefic grahas. He is known as grahapati, or lord of the planets. Mercury rules over two signs of the sidereal zodiac, Gemini(Mithun) and Virgo(Kanya). He is exalted in Virgo at 15 degrees, and in his fall in the opposite sign of Pisces(Meen). Where the Moon is the innocent mind, Mercury is the intellect that discriminates between benefic and malefic ideas, or good and evil. The intellect is neutral and becomes whatever it is associated with. Mercury is learned in behavior. Friends of Mercury are the Sun, Venus, Rahu, and Ketu, Mars, Jupiter, and Saturn are neutral to Mercury, and Mercury maintains enmity with the Moon.

The effects of Mercury during transit, as counted from the radical Moon are as follows:

One who is looking for betterment in business need to go for Budh (Mercury) Puja. Those who are weak at studies, lack concentration and suffer from blood pressure and sugar problem etc., should worship Budha(Mercury). Also those running Mercury dasha or Sub-period. A prayer to Budha(Mercury), on Wednesdays, brings in manifold benefits like removing obstacles, progeny, possession of fertile lands, etc. Mercury is the planet ruled over by Lord Maha Vishnu. For getting all those divine, one have to perform Lord Mercury pooja.