Sun Fire Rituals - Be a Boss 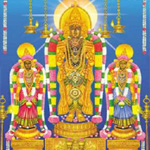 The Sun God or Surya is the benefactor of your life, who determines WHO YOU ARE now! In a nutshell, he is every leader's mantra or magician-Sun is the ruler of the astrological jargon who rules your active and subconscious mind.

Surya is the chief, the solar deity, one of the Adityas, son of Kasyapa and one of his wife Aditi, of Indra, or of Dyaus Pitar (depending by the versions). He has hair and arms of gold. His chariot is pulled by seven horses, which represent the seven chakras. He presides as "Ravi" over "Ravi-war" or Sunday. Surya is notably mentioned as the visible form of God that one can see every day. Furthermore, Shaivites and Vaishnavas often regard Surya as an aspect of Shiva and Vishnu, respectively. For example, the sun is called Surya Narayana by Vaishnavas. In Shaivite theology, Surya is said to be one of eight forms of Shiva, named the Astamurti. He is said to be of Sattva Guna and represents the Soul, the King, highly placed persons or fathers.

Are you one among those who yearn to be the boss of anything and everything you involve yourself in? Do you always desire or all round success? Then it's high time to get your connections working fine with the Sun God. Power and authority comes into your reach when you are bestowed by the Sun himself! When you are deprived off leadership and being constantly opposed by enemies, diseases etc; it is the Sun God who can settle down things on your favor! You must know that any positive supreme power can be invoked to your help in the right way.

Lord sun is powerful and accurate way is performing a Homam. This fire Lab are not conducted as and when you prefer for it; they have many factors that rule them to prove most beneficial to you-the right time, place and even the Hora/divine time counts in this.He works in a unique energy pattern in the world of planets by exhibiting the most powerful vibration over the beings that are dependent on him. He is the psychological bias who dominates your deeds and words. Therefore, if you are what you are now, it is just the position of Sun in your Birth Chart.If you have a well placed Sun in your Natal Chart, you will be one among those who rule; whereas, if you are one among those who have a "not very prominent" placement of Sun, it's high time you learn the secret to appease him! By invoking the Sun God with the help of right experts-you can definitely lead the leaders!

We Nadi Astro online would help you in performing Soorya (sun/Surya) Homam and ease to invoke these powerful radiations of the Sun into you and make you shine with excellence!