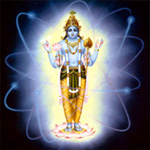 Ayush Homam or Aayusha Homam is a benign Vedic ritual that is performed to appease Ayush Devatha for leading a long, healthy and happy life. Ayush Homam has the power to cure both physical and mental illness and avoid untimely death.

Ayush means life or age, and Devatha is God or divine being. Ayush Devatha is the embodiment of life or longevity. Ayush Fire Rituals is a great boon for living a long, hale and healthy life. Also, while performing Ayush Fire Rituals the seven revered chiranjeevis or immortals of the Indian mysticism are invoked to beget their grace and blessings.

The ancient Vedic sages have understood the importance of longevity and well being and have devised many tools and techniques to lead a long life. Ayush Fire Lab is one such technique, which has the power to add more years to your life so that you can perform all your worldly duties to utmost satisfaction. This can be achieved by conducting Ayush Homam once in every year.

Ayush Homam is very beneficial for children if you perform the Homam on their first birth anniversary based on their Birth Stars. This Homam has the special attribute to remove the impressions of the previous births. Thereby, the negative effects of the poorva janma karma (deeds of past life) are eliminated and your child becomes well receptive to enjoy the present life without carrying the burden of the past. This by itself uplifts and energizes your child to lead a healthy and long life.

Ayush Homam must be performed on your birthdays based on your Nakshatra(Star). The timings preferred are Bhrama Murtham or any other auspicious hours.

To receive all the bounties and experience the tremendous goodness of Ayush Homam (fire rituals or lab), you can get the help of our experienced Vedic Purohits (pundits) at Nadi Astro online.